UPCOMING SBERBANK STABLECOIN TO LAUNCH RUSSIA ONTO THE CRYPTO SCENE 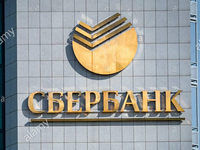 A Sberbank stablecoin is currently under development and will use the Hyperledger Fabric infrastructure. The biggest Russian bank will build its stablecoin in a bid to represent Russia’s digital asset prowess. The stablecoin’s native blockchain would help streamline financial transactions, especially those pertaining to trading letters of credit.

Sberbank is the biggest banking organization in the country, having pan-Russia operations. Thus, a Sberbank stablecoin will have enormous repercussions for the nation’s crypto industry. The under-development stablecoin will be pegged to real-world assets.

Reports suggest that Sberbank’s native blockchain would provide the foundation for the stablecoin. In his statement, bank representative Sergey Popov said that the soon to be launched stablecoin would be linked to the Russian Ruble in 1:1. Local news outlet Vedomosti says that the Sberbank stablecoin would initially be restricted to purchasing virtual assets only.

The country recently unveiled ‘On Digital Financial Assets,’ a comprehensive law on digital assets that will become into effect from January 2021. Russian President Vladimir Putin put his signatures on the law that includes prohibitions on Bitcoin and other digital currency transactions. Thus, the bank aims to work on the stablecoin until the law takes effect and will then go ahead with partnerships to expand the project further.

Project will be built as per the latest Russian crypto laws

The project also aims to facilitate quick payment and settlements across a wide range of financial channels. The organization is further planning to introduce the native blockchain later this year. The Sberbank stablecoin will be an excellent addition to this native blockchain enabling faster payments.

Even though Hyperledger Fabric will be employed to build the home-grown blockchain, the Sberbank’s indigenous cloud would power the node hosting.