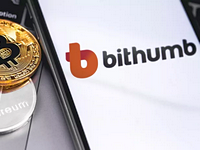 South Korea largest crypto exchange Bithumb office in the Gangnam District according to reports has been raided by Seoul police over an investigation into fraud and embezzlement.

The report noted that police in South Korea conducted a search and seizure investigations at Bithumb’s office seizing and confiscating data after reports of alleged fraud.

Notably, the exchange has been under investigation after reportedly been accused of pre-selling native BXA tokens worth over 30 billion won to investors and afterwards not listing the token, which allegedly led to losses for investors.

Additionally as at press time both the police and Bithumb is yet to release a statement regarding the raid. Although the police are reportedly still conducting their search and investigations on the case.

In-depth reason for the raid on Bithumb office

As aforementioned South Korea’s oldest newspaper, the Seoul Shinmun linked the raid to BXA token, issued by the Blockchain Exchange Alliance (BXA) and the Singapore-based BXA Consortium and the failed takeover of the company by a Singapore-based South Korean firm that eventually defaulted on payment.

Part of the consortium’s deal to buy the firm involved a clause to list the BXA token on the Bithumb platform. However, the token has since dropped in value after raising about $25.7 million in an initial coin offering (ICO) leaving investors in South Korea with only losses.

Investors have claimed that South Korea largest crypto exchange is responsible for their financial losses. Noting that the exchange refused to list the BXA token on its platform despite the preexisting deal.

Notably, Bithumb is not the only South Korea crypto exchange with ongoing issues with the police. Recently, the Seoul Metropolitan Police Agency also seized Coinbit exchange for allegedly inflating about 99 percent of its trading volumes, which resulted in “unfair profits” of more than $84 million for the exchange and its team.

Bithumb is a South Korean cryptocurrency exchange. Founded in 2014 by Javier Sim. Notably, it is South Korea most influential digital currency exchange with over 8 million registered users, and 1 million mobile app users and a current cumulative transaction volume has exceeded 1 trillion US dollars.

Notably, as at time of this article the exchange appears to still be active and definitely still online.