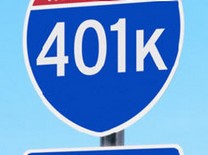 The basic appeal of 401k retirement plan consists in flexibility. If not to speak about a sure gain from savings tax-free means and their augmentation, separately. First of all flexibility consists in that savings are self-directed and are portable.

During the whole period of accumulation concerning the 401k you will have the access to your account on the sponsor's site (with wide tools for control), and also regular detailed extracts. In case of job change you can easily transfer your savings and continue the accumulation. Employers use 401k retirement saving plan in personnel selection more often.

Especially it is actual for a small business. After all paid as matching means, also are not taxed till the withdrawal. Thanks to vesting possibility, it can postpone paying some part of means for a certain term. But the worker received the basic advantages, of course.

In general, 401k saving plans, are very similar to Individual Retirement Account (IRA). However, in case with IRA, the employer cannot pay the extra means. Besides great limits are imposed on deductions of the worker. Limits also exist in case of 401(k) retirement plans, however they are much lower. The main of them is a restriction on the payment sum. This sum is annually proclaimed by the Internal Revenue Service (IRS).

For example, in the 2008 401k fund pre-tax contribution limits are put at the following level: $15500 for those who is under 50 years of age; $15500 plus 5000 of additional catch up contribution for those who is over 50 years of age. The sum of employer contributions is also limited. Restrictions on these parameters are known as "415 limit". First of all, the sum of employer investments should be lesser then 100 % of the employee's compensation or $44,000 for 2006, $45,000 for 2007, and $46,000 for 2008. In this question the employer also has the additional possibilities, for example "Roth contributions". Moreover, there are some various types of 401k plans which differ first of all by a principle of the commitments taken by employer in respect of employees.

So Safe Harbor 401k obliges the employer to grant the certain sum on saving accounts of each employee. SIMPLE 401k retirement plan gives the employer more choice, however it is regulated in another way, different from Safe Harbor 401k. The given subject demands special attention, however it is important for you to know, which 401k retirement saving plan is exactly given by your employer.

As a result, despite that you are limited in the sum which you would like to defer to (postpone) with a 401k plan (and thus to receive it after retirement), this sum remains winning. As taxes to your 401k account also do not assess the profit received from enclosed means till withdrawal. And if to consider that it will collect impressive enough period of time, the large sum can make the solid sum. Certainly, skeptics are assert that investment possibilities of your 401k account are not aggressive enough. However, the income of them is more stable.

Moreover, now many variants for using the means kept on 401k retirement plan are offered. First of all it is mutual funds, money making funds, bond funds. The list of funds and possibilities, is formed in each company in own way, therefore for reception of the exact information you need to consult at the benefits coordinator.

Maximizing of your 401k retirement plan is first of all, carried out for using of maximum account possibilities, admissible by IRS and ERISA (Employee Retirement Income Security Act of 1974). So, be convinced that you postpone a possible maximum on your account. If you are not included in the list of participants 401k yet, you should take an interest in this possibility in a work place. For the self-employee people, there are some differences in 401k.

However in any case, 401k the plan is the important component of your retirement planning. If your company is matching employees 401k means, it is almost additional money. However, do not forget about so-called "vesting terms". Lots of employers are using it for attaching of valuable workers and if you leave before the specified time, you can lose a part of the rights to the means which are listed by your employer.

FUNDS WITHDRAWING PROCEDURE
One of the most important moments is extracting resources, which were saved according to plan 401k. You should pay attention to withdrawing from 401k. First of all, you can take your money back on loan means. In general, this variant is described above. But this sources you will have to give back in a 5 years.

Another thing is "hardship withdrawal". This is a real way of getting the real money in withdraw from 401k issues. This is the second variant.

Hardship withdrawal is a complete extracting of resources saved by 401k. The first thing, that I should say is that hardship withdrawal of funds and it's using ability is optional. The employer is not obliged to give this opportunity. It should be discussed separately, in the conditions of your 401k saving plan. You can get the details from your plan administrator (from a personnel employer's department). Also make sure to ask about 401k withdrawal penalty.

The sense of hardship withdrawal is in it's name. You can take this sources out and use it like your own. But, pay you attention that such kind of withdrawal, usually is not a cheap thing. First of all we are talking about the different penalties, which are concluding not only in taking out a concrete fee, but also in other future difficulties. For example, in abilities of further replenishment of sources, which are saving according to the plan. The employer also has a right, for accomplishing the hardship withdraw, to demand from you the confirmation the necessity of getting these means and successfully withdraw from 401k.

Plus, don't forget the resources which are taken out in a such way are seized from your savings forever - this is the result of withdrawing from 401k. You will loose not only this sum in the form of savings, but also all you percents, which could be added to the period of your retirement. That's why any financial adviser will suggest you to think not only about the withdrawal of 401k savings but also about getting a loan. So, if you have decided to do it - go to the personnel department or directly to the employer.

To take advantage of kept on 401k retirement saving plan is possible after the approach of 70 age. However, if during this moment you are working on a full-time employment and the company funding your 401k plan, you might be able to defer this withdrawal rule. There are also special conditions during the period between 50 and 69 years.

Till the 50 years it will be very expensive to take advantage of these means, short of unusual cases. For other requirements there is a unique possibility. It means that even before the approach of retirement you can borrow from the postponed money a certain part (till 50% in some 401k saving plans). You need to return these means during the 5 years, however both a credit body, and a percent, you actually pay to yourself!

It is necessary to pay attention to additional conditions which are regulating not only the use of means, their investment, but also the questions, concerning the work change, and the taxation of means which you put in additionally.

Also pay attention to features of rollover procedures, it can be useful. The given work which you should do before decision-making about 401k retirement plan is not difficult, but will easily allow to increase your means. The next question on a way to highly remunerative retirement planning uses by means of 401 plans should become the studying of mutual funds and other ways of investment offered by 401k

The main thing is not to lose a minute!

HYIP Information Survey (April 396) Surveys
Harrolds Media is on the Stage Hyip history
The Morals of HYIP Investment Publicism
How will Your Money be Returned? Get started
Gold and Silver Bullion Bars as Investment Tools Finances
Black December. How to Stay on the Safe Side? Avoid scams
Decentralization A New Era With A New Financial System Money
Scammers Tricks and Promises Avoid scams