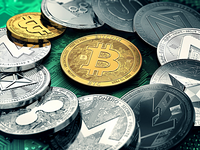 What information should a hyip provide
Hello our dear readers! Today we have quite an unusual article for you. The thing is that it is written by your “college” - an online investors and our very active reader whose name is SteveyJ. He has very interesting thoughts to share and his article is written in a...

Another winner at reprofinance
As you already know, the project ReProFinance (reprofinance.com) announced an â€œInvestor of the Monthâ€ program, according to which one of the members with at least $100 deposit can win $1,000 price once a month (for more information read our news about ReProFinance...

New language at macrotrade
MacroTrade.com is one of the multilingual HYIPs, meaning those the services of which can be used in different languages and not just in English. And the other day the administration of the project has informed about another language. A Russian version of the website has been...

Forex4profits is back
You might remember that a program Forex4profits (forex4profits.com) was monitored by HYIPNews in March and then stopped paying therefore was moved to a scam-list. The last payout was made on March 28. The program did not manage to become very popular therefore it just quietly...

Exoticfx meet the admin
The latest update from ExoticFX (a program that is known for sending out huge newsletters concerning not only the events occurring in the program but sometimes even containing the analysis of a global situation) is surprisingly short this time and I should admit that sometimes...

Earnosphere contests
Let's take a look at two most recent newsletters sent out by the administration of EarnoSphere. They inform that the program has managed to become very popular after being online for 100 days and thank all members for continuous support of EarnoSphere. All those investors who...

More of nontrading days
Today we have informed you about holidays schedule at LionFunds.net (read here) when interest will not be accrued. It turns out that there are more of those programs that are not going to pay investors profit in April. They posted their updates later than LionFunds and there...

Suspicious update from roserlink
The other day RoserLink sent an update, in which offered its investors a range of short-term investment plans. The shortest one lasts for one day and the longest of these plans lasts for three days. It seemed to us that this announcement was quite suspicious and disturbing. Here...