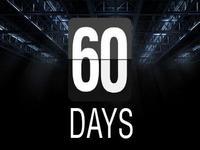 Romball listed at HYIPNews for 61 days has been online for two months now and the admin shares some stats and updates made during the time the program has been online. Currently the program has over 2900 registered members and over 2 million dollars in total deposits. Also over 1500 members are already in profit with Romball as the admin declares.

The total of 2.1 million dollars in deposits represents an increase of about 22% in the former investment pool, ran only by Romball's personal team and to ensure the profit levels are kept high. Romball is increasing the number of gamblers working for the company from 60 to 100. Spreading the business strategies between multiple gamblers protects investment funds. With over a decade the Romball team has been working for this method.

Speaking of the future plans Romball is going to involve a total of 200 gamblers within the next 50 days and collect at least 10 million dollars in total deposits, which will represent a pretty big increase in the investment pool and will open up new possibilities of investment strategies for the company.

Romball admin also thanks members who have been adding feedback about their investments with Romball and the ones sending suggestions through the support portal. Here are some good news for those suggesting the launch of the representative system - it's being launched! 50 representatives are being hired to help new customers join the project offering support in local languages. Official representatives are entitled to extra referral commissions - 14% on the first level, 4% on the second level and 2% on the third level.