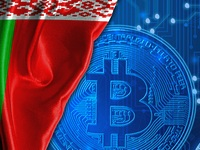 Belarus’ central bank will allow 12 commercial and state-owned banks to launch tokens and conduct business using their digital offerings in an ambitious new pilot. The central National Bank’s plans, per Sputnik Belarus, will involve a pilot that will run from January 1, 2021, to January 1, 2024 – after which the initiative may be extended further or legalized for wider use within the country.

The media outlet says it has seen documentation from the National Bank that suggests that banks will be allowed to raise funds for their token offerings in Belarusian rubles from domestic companies or individuals.

But the central bank added that non-citizens could buy tokens using either the national fiat or overseas fiats – although banks would not be allowed to receive cryptocurrencies as part of the pilot.

However, the document reportedly allows banks to “acquire third-party tokens.”

Banks will not be allowed to invest more than 10% of their total capital holdings in token issuance projects. And only companies or individuals who are registered residents of the Hi-Tech Park complex will be allowed to conduct transactions using the new tokens.