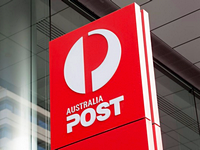 A new and innovative means of purchasing Bitcoin has surfaced in Australia, with the country’s postal service becoming a possible purchase conduit. This week, local crypto exchange Bitcoin.com.au announced that customers would now be able to make crypto purchases at over 3,500 Australian post offices.

Australia Post also confirmed the report to several industry news sources. The postal service confirmed that it would now be accepting cash and card payments for purchases of digital currencies via Bitcoin.com.au.

Holder Arians, the chief executive of the Cremorne, Victoria-based crypto exchange, explained in the company’s announcement that the initiative would bring crypto-assets closer to Australians.

As of last year, a report from the Australian Tax Office confirmed that between 500,000 and 1 million Australians already own cryptocurrencies. However, Arians also believes that partnering with an institution as legitimate as the postal service will help more people to feel comfortable with digital assets.

“For many people, paying for Bitcoin at an Australia Post office feels safer than transferring funds online — particularly for first-time buyers. We’re proud of this partnership and would like to thank Australia Post for their continued openness to new technologies,” he said in part.

It’s unclear whether the purchases will apply to Bitcoin alone or extend to other digital assets. However, the move is also increasing the number of locations that Bitcon.com.au customers can walk up to and purchase Bitcoin. The company already partnered with the Blueshyft network to allow Bitcoin purchases at over 1,500 locations countrywide.

The move is also underscoring what has become a trend for people to walk into physical locations and make crypto purchases seamlessly. Last week, for instance, the number of Bitcoin Automated Teller Machines (ATMs) crossed 8,000 worldwide.

According to data from tracking service Coin ATM Radar, there are now 8,028 Bitcoin ATMs across 73 countries. It’s worth noting that over 6,000 of those are in the United States. Still, the fact that ATM numbers are increasing is an encouraging sign.

Also, LibertyX, one of the top manufacturers of Bitcoin ATMs, recently announced that it had partnered with several top retailers – including Rite Aid, CVS Pharmacy, and 7-Eleven – to allow customers purchase Bitcoin at their locations. The development essentially opens over 20,000 places to Bitcoin enthusiasts.

In a separate press release, LibertyX Chief Technical Officer and co-founder Chris Yim explained that the move was spurred by a need to allow to customers purchase Bitcoin at familiar locations.

“Bitcoin is one of the most exciting innovations over the last decade, but adoption has been limited by trust and accessibility. We wanted to expand our footprint so anyone can buy Bitcoin at familiar locations they drive or walk by daily.”

As the announcement explains, users will need to install the LibertyX mobile app on their phones and select the retailer location that they would like to visit before they get there. At the time of purchase, they will need to scan their barcodes too.

Crypto holders can use the liberty mobile app to purchase between $20 to $500 worth of Bitcoin. For a small fee, the service processes transactions in a matter of minutes.