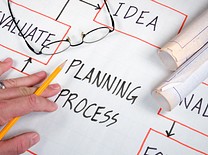 By Brett Sherpan
Payout delays and most often reasons for them to take place. The difference between temporal payout delays and missing payouts.
Sponsored Links
Often a long-term silence of the program and payout delays are the cause for accusation addressed to a program. But it can be differently judged. This may be defined as payout delay or payout miss. All the more, the programs often go on paying after some break. Generally, payout delays is the topic which is known to all investors. In case, it is unknown to you, we are sure, its observation will seem you valuable.

The most widespread reason here is of course delays from the side of payment processors, technical problems and meteorological cataclysms. They cannot be avoided. Joking apart, the manner of payment, demonstrated by the program is essential, and in case it pays badly, you may be sure you won't get so much return as in the case with those programs that work like clockwork. But we may assume that the clock also may be broken.

Anyway, if the mechanism is working strictly, it is less likely to have problems than disorderly one. But the subject is important here as well. If we speak about automatic system, which pays daily at the same time (which happens most often), you may be sure that they will most probably go through daily. If you see that you receive the money in the morning one day, and in the evening another day, you'd better think what this program does with the money.

Calculation is simple. As soon as the program has very few investors (especially at the beginning of the work), it needs to have many positive comments, so it tries to pay as soon as possible. Besides, the circle of users is rather narrow at the beginning, so they may even pay manually.

Yes, I may say that this is not hard at the beginning, just when you don't have much money, you need to be extremely accurate, and you cannot pay out unreasonably, regardless of how much you pay or whom you pay to.

Hush ! What do we speak about? A real program makes profit from other resources, and it doesn't depend upon investments and types of investments. It doesn't calculate when it should pay or shouldn't pay; it just does its part! Do you see the hint ? Thus, you have a wonderful tool to control the quality of program's work, to check out its essence which is seen in such simple and unnoticed features.

By the way, before investing in program you, as investor, should define when the payouts are processed, at what time, what are possible delays and how the program is going to deal with force major. The last issue is especially important, when you suspect that program may just say it has problems with e-gold or e-gold just stopped paying for some reasons. Or something like this.

Many investors have heard it often. You are probably fed up of it. Why tolerate it? If we can't do anything post-factum, we should define at least before the start of the work what these administrators have in mind. It is not hard to guess that in case he thought out a strategy of actions in critical situation, your chances to survive are higher.

Of course, if you prefer less complicated methods of investigation, you may neglect this factor. But remember that accurateness is valuable, and in case the program is paying at random, it has very few reasons to claim to the title of "most worthy". May be, it will be the other way round. But it will be clear later, when it is too late. Don't miss the opportunity!