Harrolds Media is on the Stage 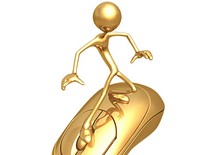 By Abby Anderson
HYIP News. Crisis of NowDollar programs after their purchase by Harrolds Media. Current information at the beginning of September 2006.
Sponsored Links
Of course, there are more questions than answers in this story, but we cannot escape measuring a stage in the history of AutoSurfing (AS), which can be divided into two definite phases - BEFORE HARROLDS MEDIA APPEARED and AFTER. Of course, we are responsible for what we write here, and we realize that we do not have any real document, but only facts.

We do not know how much important this event will have, but we can say for sure that it is important for the present moment, because NowDollar was not the least program in AS sphere, and we should do homage to it. This article will serve this purpose.

Lets start from the very beginning. And the beginning of this story is NowDollar, autosurfing that appeared at the beginning of this year (January - February). Since the first steps of their life they have shown themselves from various sides, and the best sides of this program were their openness and realistic interest rates (they offered 8% within 15 days, while other programs offer up to 15%).

Their site wasn't something special, we may mention beautiful colors and attractive menu. But these guys started to conquer the market fast, and their strong side (administrator Lance Barron) played a significant role in this process.

He talked to his investors more often than once a week, and he managed to create a kind of community, where each of new members and program veterans felt themselves like in a family. A family, where you are cared about and you are provided with a profit. And under such circumstances the program managed to reach a high level within more than 5 months, and they looked really promising.

It occurred that first investors returned their initial deposit ten times within this period, also receiving 20% more. I.e. each investor who initially invested $100 and reinvested it after receiving a profit, received more than $600 total:), i.e. received 600%. I suppose, it's not bad, even a half of this sum is not bad. If every members invested $100, he received $200 of pure profit. I mean, some people earned. But some people probably lostâ€¦

Why? Because a mail from Lance came like a bolt from the blue on the 4th of August. An update from Lance came with sad news "a new administrator will help you, and I'm leaving, dear friends". A few sincere words have been added, and actually, no explanation provided â€“ why he is going to leave and where. So it was a mess since the very beginning.

And rumors appeared. The main rumor was that NowDollar had been sold. Rumors spread and extended, and multiplied, but people got no information and didn't see a new administrator. And the program at this period seemed to be at a deadlock. At first, their site disappeared, than it appeared again: Please check back later. NowDollar is undergoing some Script upgrades.We are also taking this time to track down and fix some security issues. We will be back online soon.

But this is wasn't something that investors had been waiting for, and more and more investors started to say that the program was going to close. And then the next message appeared (about August, 6th): NowDollar was purchased by Harolds Mediaâ€¦ and at that moment a mess got a larger scale, and it didn`t seem amusing at all.

Harolds Media â€“ is a mysterious company, patronizing AsianPay and demonstrating an abundance of a mystery and inscrutability â€“ and at the same time this company is much talked about. It has unofficially entered the market, supposedly (SUPPOSEDLY) purchasing autosurfings, and now is promoting its model. It is not really known what the model is, but it may be somehow defined, basing on rumors.

These guys have decided that autosurfing market and Internet advertising market is not really bad, and can start a new life, of someone take it to task. How one can do it? One should grab all and clean these Augean stables. Then serious advertising agencies and advertisers will come here, because the work will be dictated by new rules.

In general, my interpretation shows a beautiful picture. And it really looks VERY beautiful. And it looks possible. If we will try to investigate, we will see that each person surfing the site may get, for instance, 0,1 cent for it. Some people may buy something on these sites and a company will refund its money with abundance.

Such model may exist, but a profit for one person won't comprise even 0,1 cent, it will be something about 0,001, so investors will have to look a huge amount of sites to receive something, and this work will be senseless.

In principle, it is possible to make a work in this sphere intensive, but why purchase something that won't pay for itself? Anyway, one won't work for less money, and another won't pay more. In fact, the sphere is developed only by means of traffic sale. A pure traffic. Quality and clean. Senseless, though. May be this is something Harolds Media is going to do? We may only guess.

And all investors of NowDollar program, received a mail from Steve R. Grayspan, who became a new admin, implementing Harolds Media mission in NowDollar. He said that everyone in profit would get nothing on their accounts, and those who were not in profit would have a chance to earn. He promised that the site would open in a few weeks (by the beginning of September), and the life would bubble up. That's itâ€¦

Investors have tried to find something about Harolds Media, but they have got no real success. AutoSurfAuthority guys sometimes blame Harolds Media, sometimes praise, without knowing what this company is. Some Mrs Lee, a members of PROS team (a team of professionals that say what to do and how to do) said that Lance was going to sell NowDollar, but she hoped that he wouldn't do it, because his team was goodâ€¦ But he did it.

And now we may only wait to see what will happen next. Because on one side, administrator of the most ranked AS could run. Because why pass the program to someone, zeroing the accounts and taking money away? One of investors said: how one can start a new business having failed with an old one? We fully agree to him.

401k Retirement Saving Plan Finances
Gold and Silver Bullion Bars as Investment Tools Finances
How will Your Money be Returned? Get started
Harrolds Media is on the Stage Hyip history
Decentralization A New Era With A New Financial System Money
What should We Know About Referral Programs? High Yield FAQ
Scammers Tricks and Promises Avoid scams
The Morals of HYIP Investment Publicism